As Reuters puts it:

The police officer who allegedly struck Ian Tomlinson and pushed him to the ground during last year’s G20 demonstrations shortly before the newspaper seller died was served with gross misconduct charges on Monday.

The Independent Police Complaints Commission said Police Constable Simon Harwood would face allegations he struck Tomlinson with his baton on the leg and pushed him over, dangerous actions which inadvertently caused his death.

The use of force was alleged to be neither necessary nor proportionate.

In July, prosecutors ruled out bringing any criminal charges against Harwood over the incident with Tomlinson, which was caught on camera.

Footage showed Tomlinson, 47, being pushed in the back by a riot squad officer causing him to fall as he became caught up in the fringes of a violent demonstration in central London in April last year.

IPCC Commissioner for London Deborah Glass said the decision to include the allegation that Harwood’s actions caused Tomlinson’s death was a tough but correct decision.

“From the moment the video was published to the world in April 2009, there has been an overwhelming public feeling that the officer seen to strike Ian Tomlinson should be held accountable for his actions,” she said.

“I have agreed with the Metropolitan Police Service that the officer should face an allegation of gross misconduct.”

A three-person panel of two senior police officers and an independent member of the public chosen by the force’s governing body, the Metropolitan Police Authority, will preside over the disciplinary hearing, which unusually will be held in public.

The Director of Public Prosecutions Keir Starmer said in July Tomlinson had been on his way home and had not been taking part in the protests when the incident occurred.

He had been walking slowly with his hands in his pockets away from a line of riot squad officers when one moved forward, hit him on the leg with a baton and then pushed him forcefully in the back.

Tomlinson collapsed shortly afterwards and died. Starmer said no charges could be brought for manslaughter because of conflicting medical evidence.

An initial post-mortem recorded that Tomlinson had died from a heart attack, but two further checks showed the cause of death to be internal bleeding.

Even though Starmer said there was sufficient evidence to show that Harwood’s actions had constituted an assault, no charges for that could be brought because there was a six-month time limit.

Tomlinson’s family said at the time that the decision was a disgrace.

“The possibility Harwood might lose his job is not the genuine accountability that our family have waited so long for,” said Tomlinson’s widow Julia.

“Whilst we believe that any disciplinary hearings must be held in public, we have already been badly let down by the Crown Prosecution Service and have real worries that these misconduct proceedings will lead to yet another whitewash.”

Thug though Harwood may be, he did not act alone.

He assaulted Ian Tomlinson after a City of London dog handler had already used his animal to attack him.

He assaulted Ian Tomlinson in front of other ‘public order specialists’ of the Territorial Support Group, as well as volunteer riot-trained Level 2 officers.

He assaulted Ian Tomlinson with either the tacit approval or under the direct orders of Chief Superintendent Alex Robertson, the operational controller or ‘Bronze Commander’, himself in direct contact with Commander Bob Broadhurst, in overall charge of the G20 policing plan.

And as for Metropolitan Commissioner Sir Paul Stephenson? Well, I think we can all guess just how much responsibility he takes for all this. 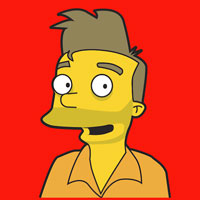