WE ARE ALL FITWATCH: Watching the detectives behind the website shutdown

DI Hodgson, from Public Order Crime Team in the CO11 Public Order branch of the Metropolitan Police, is in charge of Operation Malone, the Met’s investigation into the events at the Millbank building in Central London last week during the #demo2010 student protests. It would appear that his most high profile work before this was busting ticket touts.

DI Hoare, on the other hand, seems to be a cyber crime specialist working out of the Met’s Central eCrime Unit (PCEU). DI Hoare may be found on business networking site LinkedIn, which helpfully tells us that previously he spent four-and-a-half years doing a similar job at the Serious Organised Crime Agency (SOCA), the half-baked British attempt at an FBI-type outfit.

Bloody borders, dirty cash and tax cops: On the Slab 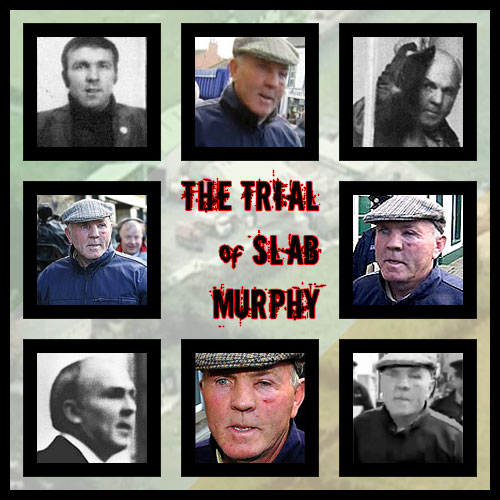 Remember Thomas ‘Slab’ Murphy? He was the chap I mentioned was having a few Bulgarian difficulties a while back. Well, he’s been sent to Dublin’s special criminal court, after a decision a week ago by Dundalk district court to try him on tax-related charges.

As The Irish Times notes, “The Special Criminal Court normally deals with terrorist-related offences but the Director of Public Prosecutions has the discretion in any case to certify that the ordinary courts are inadequate to deal with it and to send it for trial to the three-judge non-jury court.”

Murphy, from Ballybinaby, Hackballscross, whose farm straddles the County Louth/County Armagh border between the Republic of Ireland and Northern Ireland, faces nine counts of failing to provide correct tax returns. The fifty-eight year old farmer, who faced the SCC in Dublin this Tuesday following last Thursday’s appearance in Dundalk, has been remanded on bail of €20,000, with sureties totalling €100,000, whilst his legal team argues against the validity of a special criminal court trial.

So what’s it all about? A farmer on tax charges sent before a terrorism court?

Well, Murphy is no ordinary farmer. He is considered a senior republican, and at various times has been accused of being a member of the Provisional IRA’s army council, or else its chief of staff. The Irish justice minister Michael McDowell made both claims of Murphy in public. In 1987 Britain’s Sunday Times was sued for libel by Murphy after it named him as a top-ranking IRA commander; he lost that trial, and the subsequent retrial in 1998.

His current legal troubles stem from raids in both County Louth and in Manchester in October 2005. These raids, and the ensuing investigations, focused not on arms caches or on bomb factories, but on money trails and property ownership. Reportedly around 250 houses across the UK may have been involved, with the theory that they were bought with iffy, untaxed money. Murphy denies owning any property.

I’ve been casually following this for some time, and it seems closely linked to the development of the strategy to dog Northern Irish military-political organisations and individuals via financial paper trails rather than by ordinary criminal investigation, military means or intelligence/counter-intelligence operation. This change in nuance might be said to have begun in earnest back in 1996, with the establishment in the Irish Republic – following the murder of journalist Veronica Guerin – of the Criminal Assets Bureau. The CAB is an interdepartmental body commanded by a Garda officer and tasked with “the identification of assets, wherever situated, of persons which derive or are suspected to derive directly or indirectly from criminal activity”, and it “has secured convictions against persons involved in organised crime and continues to freeze or confiscate, through Court proceedings, assets and other wealth, including real estate, vehicles, cash and other property.”

Then, in 2002, a similar body was set up in the UK – the Assets Recovery Agency, which was granted powers of civil recovery by way of the Proceeds of Crime Act.

By the mid 00s the ARA and CAB appeared to have converged on the potentially fruitful territory of the Irish Republic/Six Counties border, where in some areas state sovereignty, price differentials and an unsecured frontier contribute to, amongst other things, a profitable fuel smuggling trade. Cross-border cooperation between agencies of the Irish and British states – post-Good Friday Agreement and all that – was all the rage, and for agencies whose effectiveness is measured in terms of forfeitures and confiscations, the bootleg diesel racket must surely have been a tempting prey. Add into the mix the idea that prominent Irish republicans, on both sides of the border, were inextricably linked to the highly profitable but illegal trade in untaxed fuel, and you end up attracting attention from certain other elements within the organs of state. If – for instance – there are individuals and organisations in strongly republican border areas, which are engaging in tax avoiding business, and might reasonably be held to be using money accrued in this way to fund paramilitary activity, and they are doing it in such a way which crosses international sovereign boundaries, then you end up with both means and motive for vigorous and wide-ranging investigation. Not only that, but the boundaries of the game shift considerably, away from eyewitness testimony, corroboration, circumstantial assumption and forensic evidence – with all the subjective, political, sociological tensions they create – towards a baser burden of proof: where did this money come from? Can you prove this?

So no doubt with this in mind, the October 05 raids were orchestrated by the CAB and ARA in concert. There followed in March 06 a coordinated raid on Murphy’s home – involving not just the CAB but also the British and Irish armies, Gardaí, PSNI and Irish Customs – during which financial records were seized; and then the freezing of nearly £14 million-worth of property assets in Manchester between November 06 and January 07 by the ARA.

And in November 2007 it was Garda Síochaná detectives from the CAB who actually arrested Thomas Murphy. Could it be that a Provisional warlord – a supporter of the Adams/McGuinness peace process, apparently – might be felled, not for complicity in killings, but for failing to adequately launder dirty cash? And caught not by Special Branch, or by MI5, but by accountants-with-badges? Such a shebang stamps up all the predictable clichés: “Well, Al Capone was brought down by the Treasury Department” and all that… For the ARA, any success the Murphy case might bring will be too late. Dogged from its inception by criticism of its effectiveness, the agency is being merged with the SOCA, jurisdiction-hungry Serious Organised Crime Agency.

It’s certainly too late to save the life of Paul Quinn, who was murdered last October.

Lest we forget (and in the words of the tautonymic Lord Laird):

One of the most serious incidents has too many shades of the past for us all: the brutal murder of Paul Quinn. It resulted from a dispute between Paul and a son of Vincent Traynor, a local IRA chief. Paul Quinn and some other youths from the area were involved in activities that did not go down well with the senior republican leadership in South Armagh, especially as this new breed of republicans is defying the leadership. It is now quite clear that Vincent had oversold the case against Paul.

Several weeks ago Traynor asked the republican leadership, including Peter and Patrick Quinn from Bog Road—no relations—who run most of the illegal fuel laundering plants in South Armagh for the IRA, to have Quinn executed. After consultation with PJ Carragher and his son Michael, the well known murderous sniper, Thomas “Slab” Murphy, the Provisionals’ commander in the area, Sean Gerard Hughes, known as “the Surgeon”, and James McArdle, permission for the execution was given. Almost 20 republicans were present at the murder as executioners, lookouts, drivers and so on. The eight or nine who conducted the execution were dressed in boiler suits and wore surgical gloves. All were IRA or former IRA members. It took almost half an hour for Paul to die. Every major bone in his body was broken. During the execution he cried for mercy.

Following the murder and the outcry from all parts, a meeting took place in Cullyhanna on Friday 2 November. Although “Slab” Murphy did not attend, a trusted lieutenant was there to speak on his behalf. To quell local discontent, and under pressure from the top, “Slab” offered to put a large amount of cash into the Cullyhanna area in the hope that buying people off with blood money would stop a rift between republicans in South Armagh. The involvement of the republican leadership in South Armagh in the planning, commission and now cover-up of this murder means that it is directly implicated. “Slab” also ordered that no one in the community was to speak to the Garda or PSNI. He was taking full responsibility for the incident because his close associates were involved.

This is a man of whom Sinn Féin president Gerry Adams was reportedly moved to say:

Tom Murphy is not a criminal, he is a good republican… He is also, very importantly, a key supporter of the Sinn Fein peace strategy and has been for a very long time… “If he denies being a member of the IRA, then I have to accept that.

The investigation into Paul Quinn’s brutal execution, and the involvement or otherwise of key republicans along the County Armagh/Louth/Monaghan border (of which Thomas Murphy, regardless of specific rank, role or job title, is clearly one), continues to rumble on, though with less fanfare than the tax trial. Earlier this month the Gardaí issued an appeal for information on a van which may have been involved.

But (for the moment at least) a mere murder can wait. The money’s where the real effort is being put in. What’s the life of a single twenty-one year old tearaway in comparison with alleged multi-million Euro tax swindles?